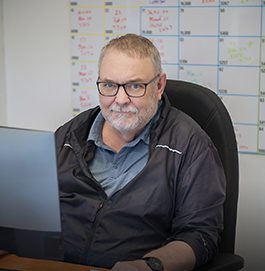 I came to work for PWB during the spring breakup of 1982 and never went back to operating heavy equipment. After a short period of working in packaging, I took a posting in the brewing department and – except for a short stint as Packaging Lead Hand – I never left. After several years as the Brewing Lead Hand, I was promoted to Brewing Supervisor when Kazuko Komatsu purchased the company.

After several trips to Chicago for formal brewing training at the Seibel Institute of Technology, I was promoted to Brew Master. Over 40 years later, I’m still here and loving it!